The history of Columbus Children’s Choir

The choir continued to perform with the Columbus Symphony and soon was invited to perform at conferences and other venues in the city and state. In fact, the choir began to receive invitations to choral festivals throughout the world. In 1996, the choir became an independent, nonprofit, community children’s choir and Dr. Mathias assumed the title of artistic director. That year, the newly formed Columbus Children’s Choir held its first season, featuring two preparatory choirs and one top performing group. These choirs were the Nina, Pinta, and Santa Maria. In 2001, the choir expanded to 5 choirs. The Nina Choir was divided to create the Isabella Choir and give younger singers more personal attention; while the New World Singers was formed to give exceptionally talented older singers the opportunity to sing in a premiere, touring group that meets twice a week. In 2004, a Young Musicians Class was created for children in grades K-2. As an organization, Columbus Children’s Choir has grown to employ an artistic director, seven music educators, a program manager, and a managing director. Upon Dr. Mathias’ retirement in 2012, Jeanne Wohlgamuth was appointed artistic director. Wohlgamuth has paved the way for a new and exciting era of the organization. Under her direction, the New World Singers received a special invitation to sing at the 2014 Festival of Music and Dance in Grenada, Spain. In 2017 the New World Singers traveled abroad performing with the Vienna Boys’ Choir in Austria and in front of an esteemed audience of musicians, composers, and professors at the famed Kodaly Institute in Kesckemet, Hungary.

This season marks the 26th anniversary of Columbus Children’s Choir as an independent organization, but its history is almost 30 years long and longer still when one considers its roots in the Columbus Symphony. Over the last 26 years, Columbus Children’s Choir has had the honor of performing in some of the most prestigious venues in the world. In 2001, Columbus Children’s Choir accompanied the Columbus Symphony in their debut concert at Carnegie Hall. Our New World Singers returned to perform at Carnegie in June 2018 and are again scheduled to perform at Carnegie summer 2023. In December 2011, the New World Singers performed at the White House, and the choir earned a Bronze medal in the Champions Competition at the 2012 World Choir Games. Closer to home, the Isabella, Nina, and Pinta Choirs are crowd favorites when they perform each year at the Grand Illumination Tree lighting Ceremony. The Middle School Honor Chorus and the New World Singers perform in our nation’s largest MLK event. Columbus Children’s Choir is a point of pride for the city and even performs our National Anthem before NASCAR races held at Mid-Ohio Race Track, which ESPN broadcasts to more than 1.5 million people!

While much has changed since its inception, Columbus Children’s Choir’s commitment to its community and artistic excellence remains the same. Each season, it serves 500+ students and teachers with educational offerings including educator workshops, festivals, community engagement projects, and its longstanding programs for children K-12–all with the mission of fostering the personal growth of children through meaningful experiences in music education and vocal performance. 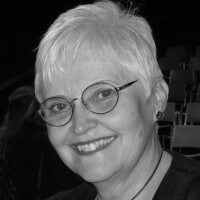 Professor Emerita of Music at Capital University, Dr. Mathias received her Bachelor of Science in music education from SUNY Fredonia; Master of Arts with Orff concentration from Ball State University; Ph.D. in Music Education from The Ohio State University; and her Kodály certification from the Kodály Institute of America. Dr. Mathias is the recipient of the Kodály Institute Intézetért Award, the 2001 Community Music Educator of the year from the Columbus Symphony, the Arts Freedom Award presented by the Southside Settlement House, and the 2006 Outstanding Educator Award from the Organization of American Kodály Educators (OAKE). She has served as guest conductor for the Georgia All-State Middle School Treble Chorus and the National Children’s Choir of OAKE. Dr. Mathias has been a guest lecturer in England, China, Hungary, and the Canary Islands. Dr. Mathias served as the Founder and Artistic Director of the Columbus Symphony Orchestra Children’s Choir and the Columbus Children’s Choir for 25 years.